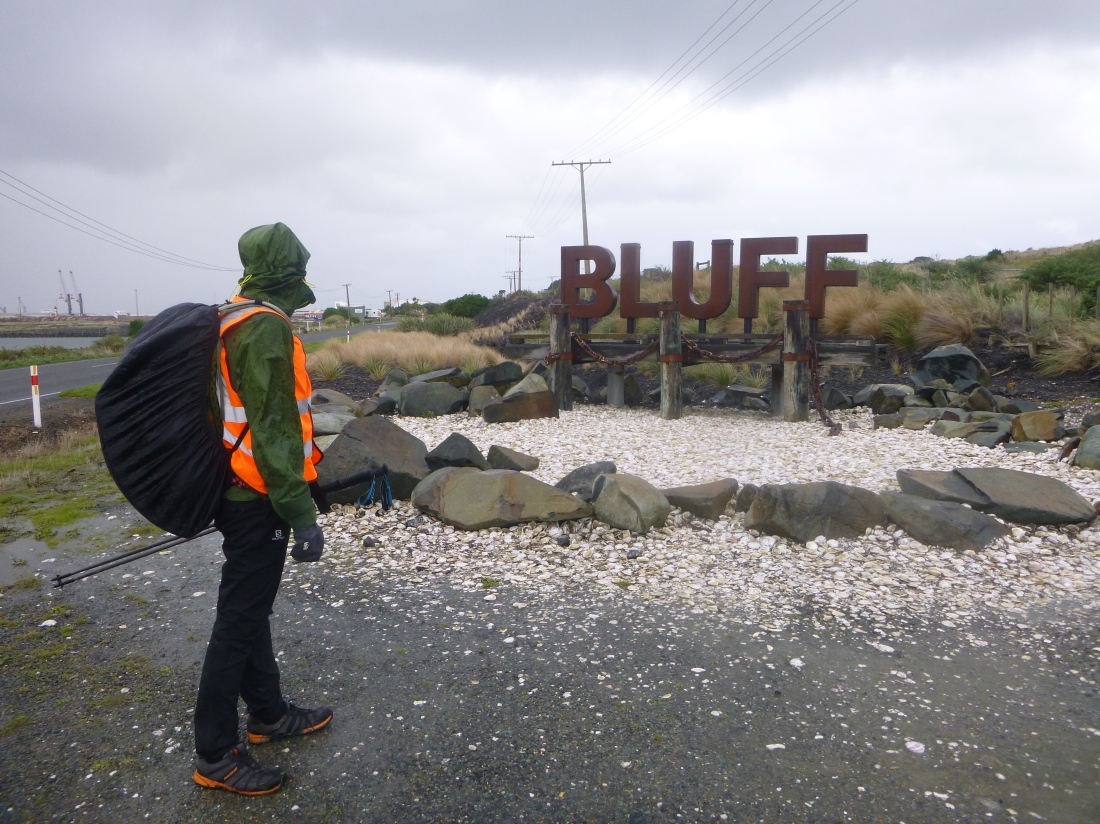 So we walked on. Still. After all that walking. We had our sleep, we boarded our ferry, we narrowly avoided tossing our cookies, and we arrived on Stewart Island in a hurry to get tramping.

Looking back now, I can see how foolish that is. It’s sacrilegious to be in a hurry on Stewart Island. I was just stuck in that frame of mind; get your food, make your plan, and go.

About 3 hours later, I found myself wondering how I could have been so thick-headed. The trail turned into a treacherous mud pit, which is nothing new. We’ve been knee-deep in mud several times, just this week even. What was new, was our inability to cope. I heard Craig let out a grumble or a sigh with every third step, while, internally I found myself behaving in the likes of a small child. ‘Stupid mud, stupid roots, stupid trail!’ It’s really quite comical. Just the day before I’d been light-heartedly walking along a busy highway in the gales of relentless wind spraying hard rain in my eyes, and I didn’t mind it. Honestly, I don’t think I had a single negative thought the entire day. This was considerably more pleasant, a gorgeous forest too, but something in me felt deserving of being through with this bullshit, and that little brat in my head was speaking rather loudly.

Our plan was to hike to Mason Bay along this track, get there early the second day, then hike out the next. We were averaging less than 2 km per hour, which made that 38k day out of the woods seem rather impossible. So on day two, still grumpy, I had the idea to call a water Taxi to take us back to town. I was able to get calls through, just barely, from the top of the hill and found out that our option out of Mason Bay was a small airplane for 170 dollars a person. I said I would think about it. It was a lot more than I imagined spending. Yet, I never really doubted for a second that it was worth it. So there I was, after walking 3000km willingly, finding that it’s worth it to me to pay $170 so as not to have to walk 30km. My how the tides had turned. An excellent example of relativity, if you ask me. I found myself saying, “Hell yeah! I will pay 170 not to hike tomorrow.”

So we did. Soon it occurred to us just how ideal that was. This would be the true end of our walk across New Zealand. What a special end it turned out to be, too. We made it to Mason Bay that evening and finally sank in. Knowing we had no more to walk. We stayed for about 24 hours before the plane came to get us. We met nice people from the North Island and took in this marvelous place. The star gazing was some of the most amazing I’d ever seen. The beach was wonderful. Craig and I walked it up and down looking for Kiwis and watching the waves crash.

When our plane came that evening, we felt like royalty. We also feared for our lives as we hopped and bobbed around in that little 10-seater. I wouldn’t change it for anything though.

View all posts by shaylaparadeis