Look at this tree. Just look at it. Isn’t it unbelievable!

I guess photos can’t do it justice. This is the Kauri Tree. These trees grow up to 50 m tall, have trunks up to 16 m wide, and live for over 2,000 years. It’s not something to see, it’s something to behold. New Zealand possesses the most stunning forests I’ve seen so far. Layers and layers of thick greenery, ferns, moss, vines, mud, tall trees, you name it. There’s magic here!

Our hike to Paihia has gone really well. We met a nice couple from the states who are also hiking the TA. We got generous help from locals, a great couple of hitch hikes and one exceptionally generous fellow, Dan Dan the kayak man, who took our packs for us yesterday in Kerikeri so that we could run here from there. That felt great, and made our 50k day a lot shorter duration.

Now we’re in paradise. Tomorrow we kayak the trail, with friends, no less!

Don’t get me wrong, it’s not all rainbows and sunshine. The trail has been a proper challenge, with steep traverses and lots of slippery mud. I’ve fallen on my face at least 3 times, likely more. Yet, there is something about the forest, even though it’s relentless to hike, it’s got a way of energizing us. We made it to our first zero day, and are so pleased to be spending it in this gorgeous bay with such friendly locals and even a vegan restaurant. Life is great. We’ve gone 247k and we look forward to what this trail holds for us in the future.

We began our hike at 6:30 pm on Tuesday, December 12th. The beginning of a south bound hike is at a breathtaking place, Cape Reinga. It’s a sacred place for the Mauri, where spirits make their transition to the afterlife. It’s a place where two seas come together, and the waves splashing each other from the Tasman Sea and the Pacific Ocean can be heard for kilometers. It makes a mighty thump that suggests profound power. The ocean has the same effect on me as the night sky, half mesmerizing, half intimidating, all magical.

From there it took no time to hit some obstacles. Which I thought was amusing. We ended up getting cut up for a pretty gnarly bush wack, a perfect first hour on the trail. Then, returning to the beach, we didn’t make it far before the sun started to set. So we got out our camping pad and set up to spend the night under the stars. We watched our first ocean sunset, and saw our first night of the southern stars. I watched them pop out of the sky like a kid watches a red carpet, anticipating some familiar faces that I’ve only seen pictures of. Feeling giddy. The first thing I noticed was Orion upside-down, or is it right-side-up? What a great new perspective, something familiar, but different. To think that my family can see the same from their own night view, and everything else beyond that boundary was a whole new set of stars for us. It is a gift to get to learn a new set of constellations at my age. It’s like being 10 again. Later that night, I had my first glimpse of the southern cross. I felt honored. The boom of the crashing waves rocked us to sleep. Here’s the spot the next morning.

The walk along the beach from there was lovely. Exposure is tough, and our lips blistered, but we got the hang of it after the second day. Cover everything! Duh! Which we did. We timidly attempted to swim in the ocean. We were like children, laughing at the waves and the pull of the sand under our feet, squealing and jumping back from the jellyfish floating between our legs. So it was fun, but freaky.

Our third night we came to an incredible place. Utea. It was a hostel/forest restoration area. It’s run by incredible people, Paul and Tania, and it attracts the like. So the converstaions were great, and there were kittens. Here’s a photo of mama cat finding a quiet moment away from the little ones on my backpack.

Paul then told us that there really wasn’t anything in the ocean that would hurt us. Those jellies are pretty harmless. In fact, all of New Zealand is rather harmless to us. So that freed our spirits a bit, and then evening we went for the best swim we’d had yet. Jumping the waves and riding them into shore. It’s very exhilarating, and great to be getting to know the ocean? How is it that I have spent so little of my life thinking about the ocean. I know I live on land, but the world is 71% water. Hopefully I will listen to it now, and continue to think about it.

The next day we made it to town. I had a great talk with Lark (Aunt Lu and Uncle Mark), one of my favorites so far (and we’ve had a lot of good ones). She just believes in me so much, it’s very touching. I’m so lucky to have their support.  It was a good night in Ahipara, but pretty short for a town stop and that was it. One TA section down. The first 100k.

Things in New Zealand have been really nice. Auckland was a great city to spend the weekend in, and now we are hanging out with a native that I met back in Montana a few years ago. Her name is Raquelle Devine, and she’s an incredible resource here and all in all, an amazing woman. She picked us up in the city today and took us to her home, which would have been plenty generous of her, but there’s so much more.

She took us around her amazing home town and to an incredible place, to see a wildlife sanctuary and some rare and incredible birds, which also happened to be next to a gorgeous beach. We are so lucky for her company. She knows a lot about native species here, even showed us a plant we can eat. The forest here is like nothing I have ever seen before.

This bird is extremely rare.  The Takahe, which were nearly driven to extinction and now only have 300 living. Uncle Mark, I thought of you so much in this bird paradise!

This is Raquelle and Craig walking around on the beach. So incredible to be near the ocean. It’s making me realize the importance of water. More on that later.

Raquelle is up to an incredible purpose these days, putting together a non-prophet organization to help monitor and control the plastics in the ocean. We learned a lot from her today, and she is truly a warrior for a good cause. It feels good to get to talk openly about the things that are impacting our planet and how much action we need to take right now! I am so appreciate of her. Please check out her mission at algalita.org.

Tomorrow we take a bus halfway up, and then hitch the other half of the way to the cape. So we have high hopes that the hike starts tomorrow. Thank you all for the support, we can’t wait to start walking.

Our journey to New Zealand didn’t ask much of us. We got to layover in Hawaii for a day, which was lovely and broke up the flight perfectly. It was astounding to both Craig and I how light-hearted we felt once we were airborne. Our last couple of weeks in the states felt heavy. Some tough good-byes and a lot of worries about the things we might have forgotten, and the things we will miss.

The gravity of leaving my county for a year always seemed to pull downward. I think it’s just for the love of our friends and family. It’s not easy to go so far away from them. A couple of the great women in my life will be having babies while I’m gone, a couple of great women in my life will be getting married, and a person I can’t imagine living without will be going on the greatest journey any of us will ever know. None of this comes without depth. 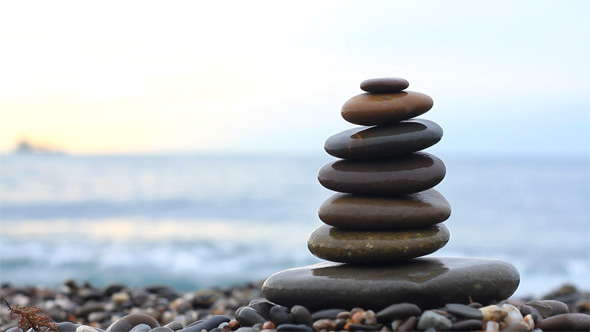 We’re getting settled in Auckland this weekend. We got a phone, got some of the missing pieces of gear and supplies for the journey, got some good meals and beer and even took a swing dance lesson in the park. For my frist phone call from New Zealand as well as my last phone call from my US phone, I called my aunt Lu. As I was doing so, I realized she was still living out Friday, while I was living Saturday. It seemed appropriate for me. To think that I have flown to tomorrow. That what tomorrow holds for us is sunshine and adventure and a place where we can trust each other.

I walk with my family. I walk with my dearest friends. I send my love on the wings of the wind and I speak to you through the trees. I hope there is peace in your hearts too, and I know no way to be closer to you than here on the ground.

Peace be the Journey.

Long May we Walk.

For the Love, ALWAYS.