I thought I knew trail magic, but I’ve never seen it like this before. We’ve been hiking from home to home here, through a network of people who make themselves known to hikers. We’ve slept clean more often than not since Paihia. We’ve been invited to more than one Christmas dinner, sang songs around the campfire, been fed fresh produce out of people’s gardens, and had many a warm conversation.

Christmas was spent at an amazing place called Nikau Bay, with an incredible host, James, and a great group of people vacationing there. Who shared their family love with us and made us feel quite at home. So much that we stayed an extra day. They were hilarious, and very down to earth. They are a group or professional water skiers, with a lot of great stories. We talked about family and education and really related to each other. Then the tone of the night changed a bit, when Chris, a musician, called for all of our attention and then serenaded me with a song from Flight of the Concords. It was quite the night from then on. They taught us a raunchy song about Kaitaia, a town in the North, that I’ve had in my head for days. I sang some songs for them and we all sang Van Morrison and John Denver songs together till midnight.

After that was Tidesong. An absolutely lovely place with great trail angels who have really built a nice spot for hikers. They were having Christmas dinner with their family when we arrived, and not only didn’t mind the interruption, but shared their dessert buffet with us. The couple who run this bed and breakfast, Hugh and Ross, were trail hikers and bikers themselves and really understand and love the world of it all. They live at an estuary crossing. You have to wait for low tide to get across it, and it’s a pretty fun mud walk. We were sent off by a small party with a pocket full of pancakes the next morning, it was wonderful.

Here we are at Tidesong, just about to walk the mud. 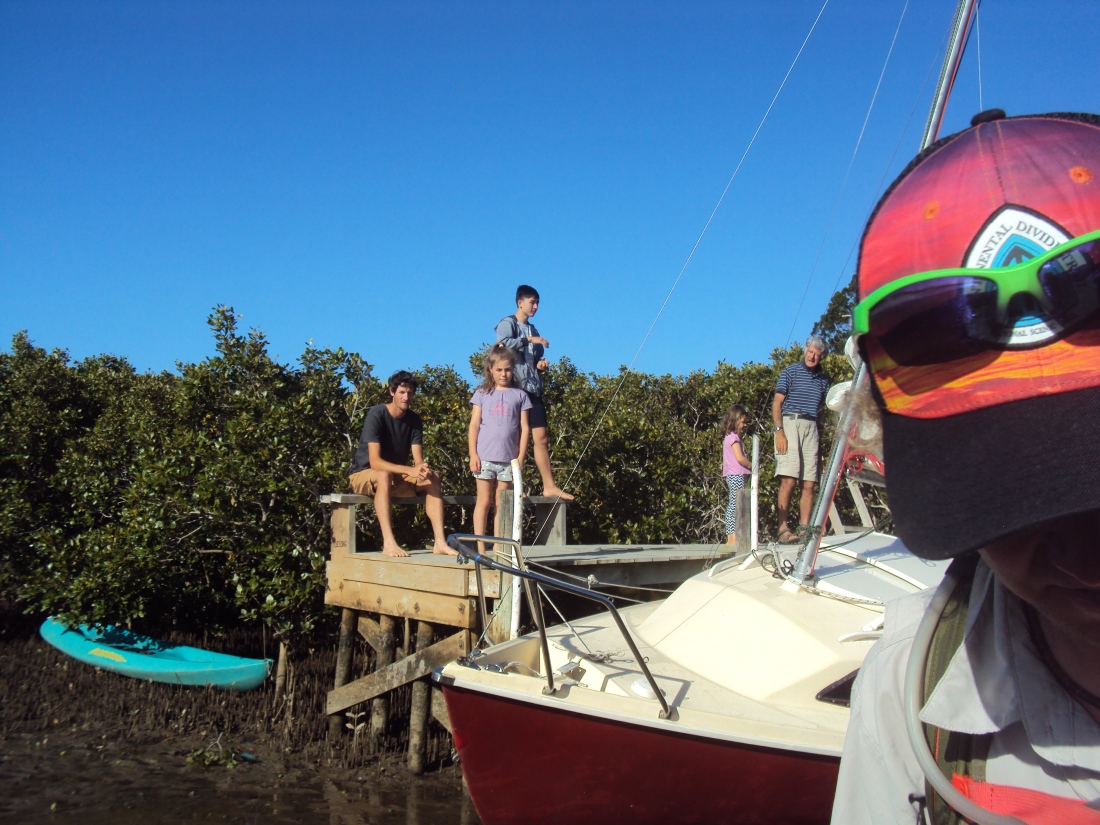 Then on New Years Eve, an incredible couple saw us walking the road and stopped to ask if we wanted to stay with them for the holiday. We were quick to take them up on it, and rang in the new year with great conversation from a very compassionate kiwi family who work hard to keep New Zealand strong and well. We talked about some of the issues that I really hoped to hear some local perspective on, and they were a great family to hear from. Rob is a social worker who works with kids age 14-17 and sees a lot of real stuff in his daily life, and Margi is an elected city board member who, among many things, has headed up a project to put in a much needed bike route for Auckland’s commuters. They both have giant hearts and work hard with them. We stayed up till midnight with them and their daughter, Tess. We were very lucky for it.

The hiking has been wonderful as well. It’s been almost too easy so far. We are in the most populated part of the country, so it’s practically a sandwich to sandwich hike. A concept I very much enjoy but truly don’t feel that I’ve earned yet. We haven’t even lost our hard earned tummy rolls yet. We haven’t been that hungry, or achy, or dirty, but we’re still grateful. It’s really quite extraordinary what people will do for strangers. It seems some of us have learned, there’s no such thing. 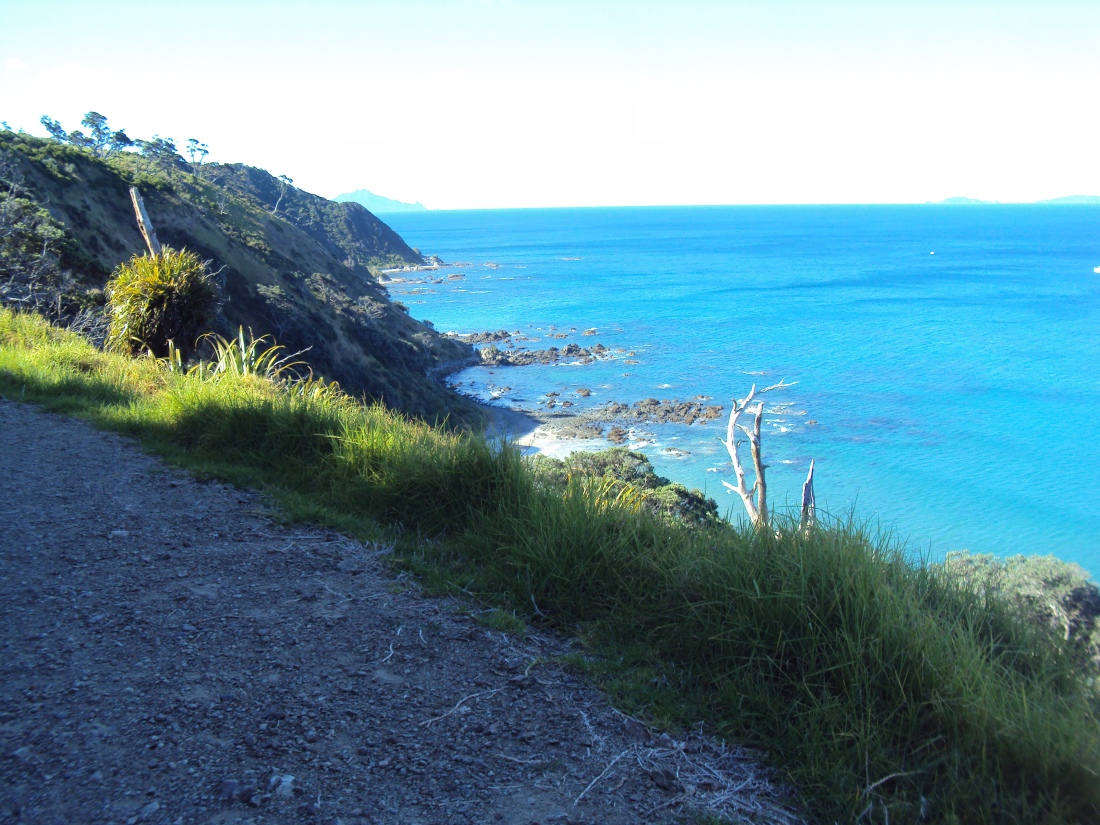 This is the stunning Mangawhai Cliff Walk, which was one of my favorite sights so far.

View all posts by shaylaparadeis

2 thoughts on “Friendly As”